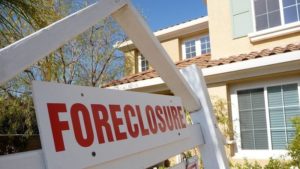 Please continue signing and sharing widely our petition to the SJC!

The SJC clerk gets an update every 24 hours of new signatures on the petition, so this is a very visible public display of pressure, and thousands of signatures may change the course of the history of this fight.

“Alton King asks for reconsideration as a Mass. resident, the Mass Supreme Judicial Court must recognize that he is covered by the Constitution (as is every other resident — whether similarly situated to him or not).”

Also! Now Available: A “close read” of the Alton King decision as originally promulgated (the SJC has already changed things about it in response to our filings). A close read is not a full legal argument, but it’s great for those of you who have been dying to understand specifically what the SJC said and how, step-after-step, the SJC violated the explicit wording of statute, its own legal precedents and our state constitutional requirements and protections. If you can stand the legal-ese, this read is for you.

The Mass. Alliance Against Predatory Lending (MAAPL) is a coalition of over 60 housing counseling agencies, legal services groups, social service agencies, and community-based social action groups that have joined together to address the foreclosure crisis in Massachusetts. MAAPL collects and distributes timely information on the foreclosure crisis and its effects to the public and to its member groups, drafts and supports legislation that provides important protections to homeowners and tenants facing foreclosure and eviction, documents the impact of the foreclosure crisis on local communities, networks with related organizations throughout the Commonwealth, and provides tools and information to help people navigate the legal system and advocate on their own behalf more effectively when challenging a foreclosure or eviction in court
View all posts by MAAPL →
This entry was posted in For Your Information, Take Action! and tagged Action Alert, Alton King, Petition, Supreme Judicial Court. Bookmark the permalink.
If you're in foreclosure, you DON'T have to leave your home!