URGENT: Sign our petition to the SJC to reverse the Alton King decision! Please share this widely!

The SJC’s June 17, 2020 decision in BoNY v. King & another (SJC-12859) is a breathtaking dereliction of judicial responsibility by the Court responsible for ensuring every Commonwealth resident’s rights to life, liberty, and property under the Massachusetts Constitution.

The Court must reverse this Alton King decision which abandons this Court’s responsibility to arrest, rather than facilitate, the mortgaging and foreclosure industry’s structural racism.

Please bookmark this page and return often for updates in the fight against this disastrous decision and how you can help.

Note to the Reader: It is critical to remember that this entire decision focuses on the Defendant-Appellant and whether he should be financially barred from prosecuting his defense of his home even if he meets the legislatively defined requirements to not be so financially barred. It is silent on the Court’s first and always threshold obligation to assess if there is even a “case or controversy” before it, that is whether the purported Plaintiff has an injury that the Court can even be called on to remedy. Near the end of its decision, the Court states even if King has a winning case, the Court is not going to address that because the Court guesses he may eventually lose the home to a future foreclosure.

Reader Caveats: This will be produced as a side-by-side soon. For now, have your copy of the temporarily published decision to compare – we have tried to put quotes from the draft decision in green.

This is a “close read”; it is intentionally cursory. Please see Amicus briefs, separate fact statement, old legislation referenced, etc. for a full picture. We felt this was needed because this opinion is cloaked in legal language and appears to represent jurisprudence.

“After foreclosing,” is how the Court begins by characterizing the posture of the case.

The Court was, therefore, aware of a factual meritorious challenge to the legal characterization of “after foreclosing.” If final adjudication analyzed the Right to Cure Letter under the standard set in Pinti or Fed. Nat’l Mtge. Ass’n v. Marroquin, 477 Mass. 82 (2017), then that would show the foreclosure to be void.

“Bank of New York Mellon (bank).” King, 485 Mass. 37 at 38. Here, the Court makes explicit that it has misidentified the nature of the purported plaintiff in the case. Note: The Court has now corrected this, to state that Plaintiff is in fact a purported Securitized Trust. It has not done any further due diligence. Under its own standard set in U.S. Bank Nat. Ass’n v. Ibanez, 458 Mass. 637 (2011), for instance, a review of the facts would further show a void foreclosure because the purported Securitized Trust could not have acquired the King mortgage under the Ibanez test. For instance, its constituting document, a purported Pooling and Servicing Agreement, is not executed (“execution copy” in public record at https://www.sec.gov/Archives/edgar/data/1377865/000090514806006722/efc6-2711_5971949ex991.txt

The Court identifies the monthly payment ordered pending Alton King’s appeal as “use and occupancy”. King, at 38.

(i) ‘Use and occupancy’ is a term of art, legally defined in the eviction chapter in MGL c. 239, § 3, in paragraph 5: “If the underlying money judgment in any summary process action for nonpayment of rent in premises rented or leased for dwelling purposes has been fully satisfied, together with any use and occupancy accruing since the date of judgment, the plaintiff shall be barred from levying on any execution for possession that has issued and shall return the execution to the court fully satisfied.” [emphasis added];

(ii) This is distinguished from ‘rent’ in Massachusetts jurisprudence, which is paid pursuant to a contract. See Lowell Housing Authority v. Save-mor Furniture Stores, Inc., 346 Mass. 426, 431 (1963).

(iii) the Notices to Quit sent to a purported post-foreclosure defendant almost always distinguish rent from use and occupancy. (“All payment accepted subsequent to the date of this Notice are accepted for use and occupancy only and not as rent. The acceptance of said payment will not in any way create a new tenancy.” [emphasis in the original] King “Notice to Quit”, 09-07-18} The purported post-foreclosure purchaser states in the Notice to Quit, that they will never accept rent; they will only accept use and occupancy. This is because there is a long history of case law distinguishing between ‘use and occupancy’, which does not require or establish a legal tenancy, and ‘rent’, which does.

Here the King Notice wording bars acceptance of what exactly is statutorily authorized in §6 and only what is so authorized “payment… as rent”. Separately, of course, this created promissory estoppel and the Plaintiff cannot accept such payments from King.

“whether the bond required for a defendant to appeal an adverse judgment under G.L.C. 239 §5 may be waived for a defendant who appeals from a decision in a post-foreclosure summary process action, and, if so, whether a court may still order a defendant to make use and occupancy payments to the plaintiff, even where the defendant’s bond has been waived.” King, p. 38. The Court misidentifies the issue presented in part, by presumptively framing it based upon a statute that the Legislature explicitly distinguished.

After wrongly narrowing the discussion down to MGL c. 239, § 5, the Court goes on to wrongly quote the chapter which only allows for payments of rent, not as defined here and mistakenly named in the lower courts as use and occupancy. King, p. 38.

The Court then states again, in contradiction with the case law cited above:

“[T]hat, based on a consistent, harmonious reading of G.L. c. 239, §§ 5 and 6, that construes the language of the statutory scheme as a whole, the bond for a defendant . . . may be waived if he or she is indigent and pursuing nonfrivolous arguments on appeal. Further, we conclude that the postforeclosure defendant whose bond is waived may be ordered to pay use and occupancy to the plaintiff, based on ‘all or any portion’ of the reasonable rental value of the property.’” King, p. 38 – 39.

However, MGL c. 239, § 5 is not the statute applicable to § 6 that requires a court to waive costs for indigent litigants. The applicable statute, as will be shown below, is the aptly named Indigent Court Costs Law, MGL c. 261 §27A – 27G. In Adjartey, the SJC recognized and held this statute as applicable to the waiver of all court costs, fees, and extra fees, explicitly including an appeal bond, to every litigant with a nonfrivolous basis for any action, across all courts and all subject matter of cases. 481 Mass. 830 at 840.

Commonwealth v. Jennison (Massachusetts, 1783, Unreported), aka the 3rd Quock Walker decision, “But whatever sentiments have formerly prevailed in this particular or slid in upon us by example of others, a different idea has taken place with the people of America, more favorable to the natural rights of mankind, and to that natural, innate desire of Liberty, with which Heaven (without regard to color, complexion, or … features) has inspired all the human race. And upon this ground our Constitution of Government, by which the people of this Commonwealth have solemnly bound themselves, sets out with declaring that all men are born free and equal — and that every subject is entitled to liberty, and to have it guarded by the laws, as well as life and property — and in short is totally repugnant to the idea of being born slaves. This being the case, I think the idea of slavery is inconsistent with our own conduct and Constitution; and there can be no such thing as perpetual servitude of a rational creature, unless his liberty is forfeited by some criminal conduct or given up by personal consent or contract”. [Emphasis added.]

“Given the facts of this case…”

“The proposed remedy in this case would not simply permit a part of a statute to be effective when another part cannot be. Rather, it would tear down a consciously erected legislative barrier and thus allow the limited legislative purpose to escape into the very area from which it was to have been excluded. A conclusion that the Legislature would have intended such a result cannot be justified in this instance. See Massachusetts Pub. Interest Research Group v. Secretary of the Commonwealth, 375 Mass. 85, 91 (1978).“

Imposition of Rental Contract Where No Legal Relationship Existed 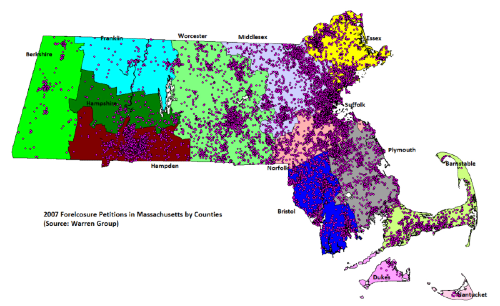