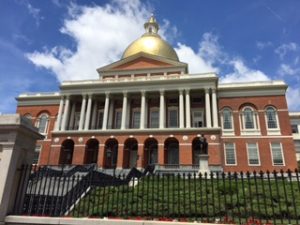 In historic legislation signed by the Governor yesterday, we got a blanket Moratorium on foreclosures and all evictions, except where the occupant has committed a criminal act that endangered others. This law appears to be in effect for 120 days, or 45 days after the Governor declares the crisis over.

If you made phone calls and talked to legislators in support of the fight to get this Moratorium on evictions and foreclosures, or if you were part of our efforts when we filed legislation for a Moratorium on foreclosures over a year ago, your work and your voice made a real difference. Together, we provided the arguments and the evidence to the legislators—these were key building blocks in getting this bill passed.

Think back: every time that you stepped through the shame and…

you moved us closer to this victory for Massachusetts homeowners and tenants.

This Moratorium belongs to each and every one of you, because each of those efforts created a context, so when our society was forced, for unfortunate reasons, to face the fact that a home is indeed as precious as our Constitution says it is, we had enough educated Massachusetts legislators to do the right thing!

THIS is our window of opportunity.

Some specifics from the new law: the eviction cases are stopped in Court, but also constables are specifically not allowed to serve eviction orders. The foreclosures—both judicial and non-judicial, and including explicit steps like advertising an auction sale—have been stopped.

BUT be careful—in all your situations, the bank’s agents have broken dozens of laws. Already at least one Freddie, one Fannie and one FHA lawyer have violated the Federal moratoriums! Be watchful and be in touch IMMEDIATELY if they contact you, file in the Registries of Deeds, etc.

MAAPL thanks our many coalition partners who worked together, and especially coordinated the crossover with the new Tenant Rising Coalition with which we share so many members—thanks to Michael Kane of MAHT and Lew Finfer of MCAN.

And special thanks to the numerous state legislators who stayed in touch with us and so many of you while we advocated for the best law possible! (There is at least one urgent repair I’ll be in touch about…)

The Mass. Alliance Against Predatory Lending (MAAPL) is a coalition of over 60 housing counseling agencies, legal services groups, social service agencies, and community-based social action groups that have joined together to address the foreclosure crisis in Massachusetts. MAAPL collects and distributes timely information on the foreclosure crisis and its effects to the public and to its member groups, drafts and supports legislation that provides important protections to homeowners and tenants facing foreclosure and eviction, documents the impact of the foreclosure crisis on local communities, networks with related organizations throughout the Commonwealth, and provides tools and information to help people navigate the legal system and advocate on their own behalf more effectively when challenging a foreclosure or eviction in court
View all posts by MAAPL →
This entry was posted in MAAPL in the News, Take Action! and tagged Activism, COVID-19, Eviction, Foreclosure, Legislation, Massachusetts. Bookmark the permalink.

1 Response to VICTORY! Gov. Baker Signs Moratorium on Foreclosures and Evictions into Law!